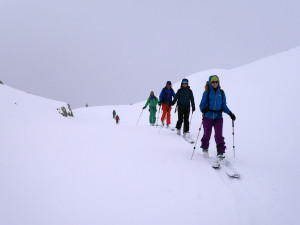 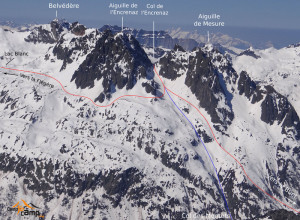 Our initial idea was to take the lifts Flégère and l’Index from Chamonix, then traverse in the direction of Lac Blanc, climb Col de l’Encrennaz, and descent to Bérard valley. This is a classic ski tour Col de l’Encrenaz: Col des Montets >> Vallon de Bérard.

However the weather changed our plans. The visibility was bad and there was plenty of fresh snow. It was also much warmer then predicted, and snow was wet and heavy (to say the least).

There were no traces and Michel made the trail. We made a stop in Refuge Lac Blank. The emergency room of the refuge is open in winter. After hot tee and some vaudoise sausages we decided to continue our way. 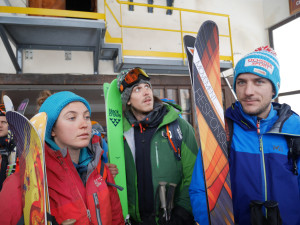 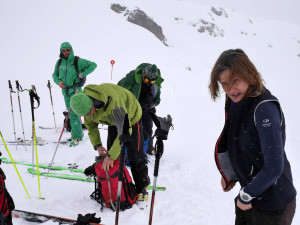 Beginning of the traverse 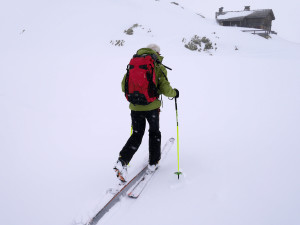 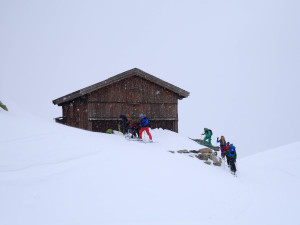 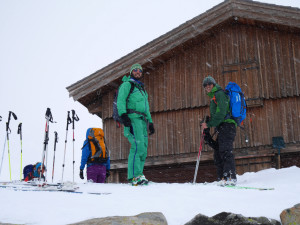 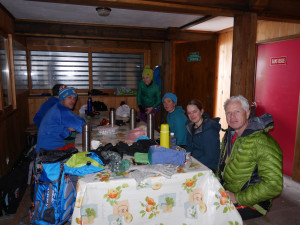 In the Refuge Lac Blanc 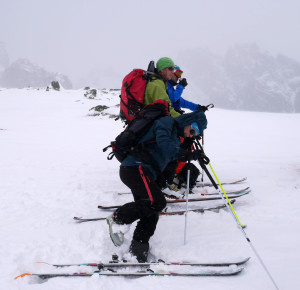 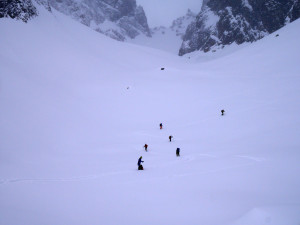 One the pass it was very windy, and the snow was blown off. We stopped 20 m below the pass and reached it by foot. Because of high avalanche danger we decided not to descend to the Bérard valley, but instead go back and descent directly to Buet (right red line on the picture). The snow was getting wetter and wetter. I had a very good skis, which normally float in snow perfectly, but still it was hard for me.

Finally we reached Buet and were welcomed in the restaurant where we waited for the train. I thought that our nice Sunday adventure is over, but I was wrong. Back in Chamonix we figured out that the key from our bus was gone. Michel was looking everywhere 100 times, in the pockets, in the backpack, again in the pockets… The key disappeared. And we were 9 people with our stuff locked in the bus. There were two possibilities, either we lost the key in the restaurant in Buet, or we lost it in the train. After several attempts we were able to contact the train and luckily our key were there. Thus 3 hours later than expected we reached our stuff in the bus. So, never know when your adventure is over…