eekend of April 8-10 we made the ski traverse of Dômes de Miage (3673 m) organized by UNIGE ski club, with Michel Piola and Christian Hug. It was a great outing, even though the weather on Saturday was quite nasty.

On Saturday we went up to Refuge des Conscrits (2602 m). Up to about 1700m there were no snow, recent warm weather does not help starting on ski directly form the parking! Also, the whole day we spend more or less in the cloud. Only during the dinner in the refuge we found ourselves in the light of the evening sun on top of an infinite field of clouds! 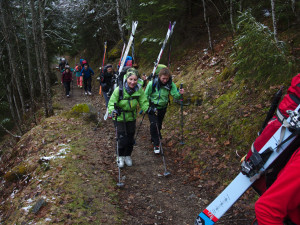 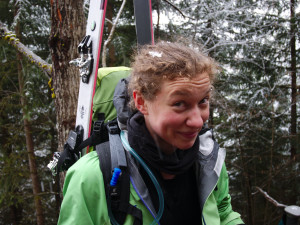 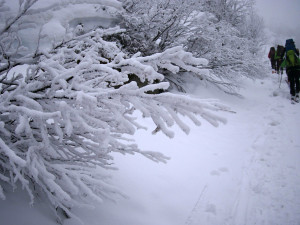 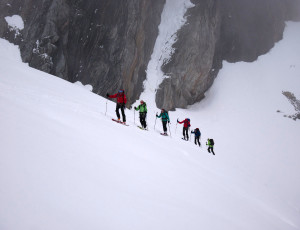 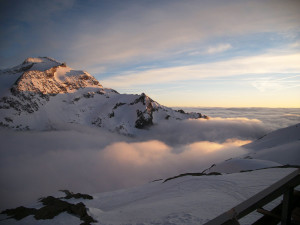 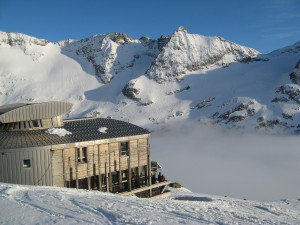 Second day we were rewarded with excellent weather! The way down on the northern slopes of Domes de Miage started on a rather hard glacier snow, which turned softer and very nice in the middle of the descent. At the end (quite low in fact), the snow disappeared again. When we got to the parking (not the one from which we started on the previous day), to our great surprise we found the wan waiting for us! It took some time to find the rational explanation for this misterious self-driving ability of the van — Christian’s son, who was doing the traverse on the same day (in fact he also went up on another mountain on the way) finished several hors earlier and moved our van. 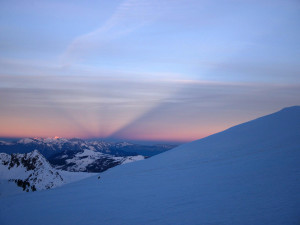 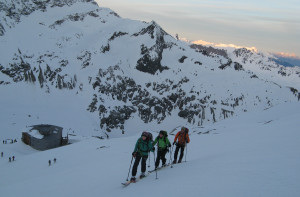 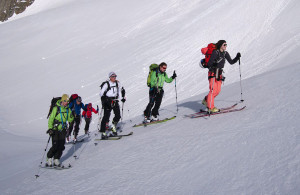 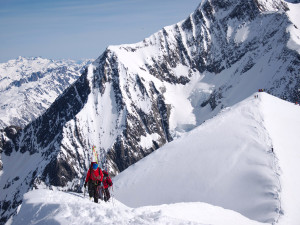 Great weekend towards the end of the skiing season this year!