The idea of this long week-end was to combine climbing and a ski-tour. In May the weather is warm and sunny, making it possible to climb on quite a high altitude. At the same time there were still enough snow to rich some nice climbing spots on ski.

We spent 3 days in the region of Lac d’Emosson (massif Mont-Blanc). There are 3 barrages in the region, le barrage d’Emosson, le barrage du Vieux-Emosson, and le barrage de Barberine. Emosson Barrage was constructed in 1969-1973, and started to function in 1975. The Barrage collects water from 4 valleys, valleys of Arve and Eau Noire (French) and valleys of Val Ferret and Trient (Swiss) and creates the Lac d’Emosson. You can visit the barrage, it is free. 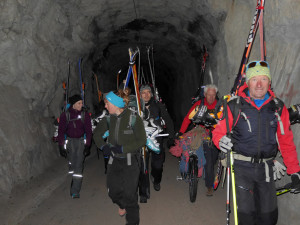 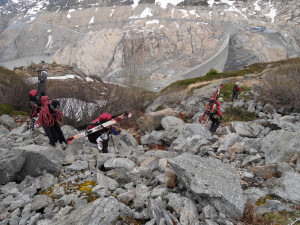 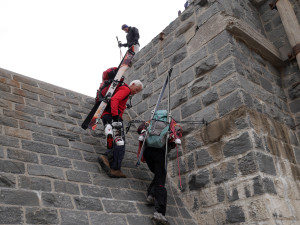 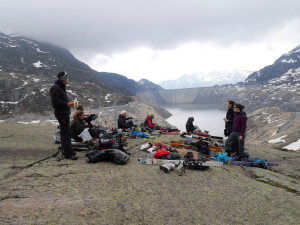 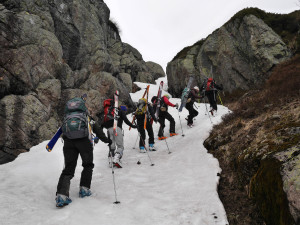 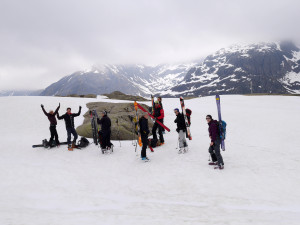 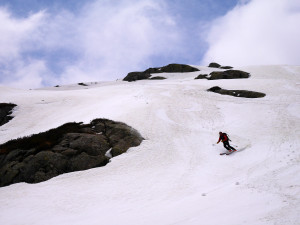 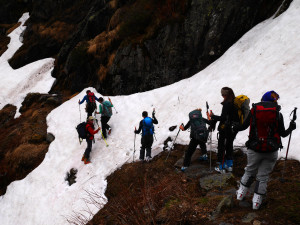 The nights we spent in a nice Chalet le barrage d’Emosson. The food they serve is delicious. The owner of the Chalet is a traveler and a writer. You can buy his books in English or French. 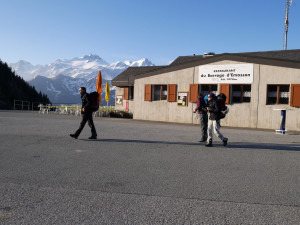 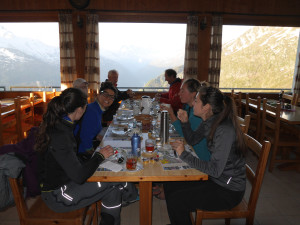 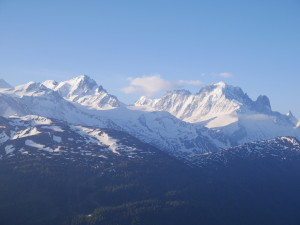 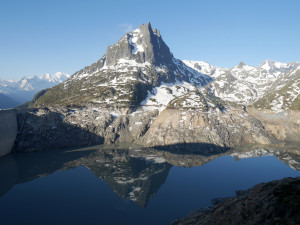 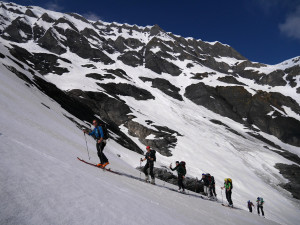 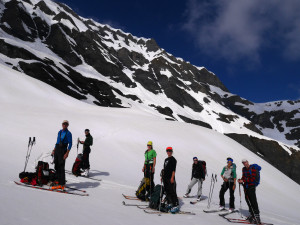 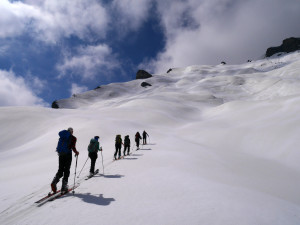 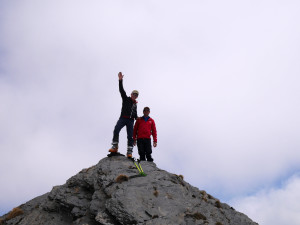 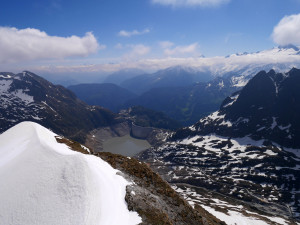 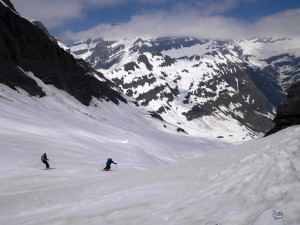 We climbed in a new sector, bolted recently by Michel. It will be described in a new topo from Michel Piola, which is planned to come out next winter. Sector contains plenty of beautiful single- and multi-pitche routes. (looking forward for a new Michel’s topo!) 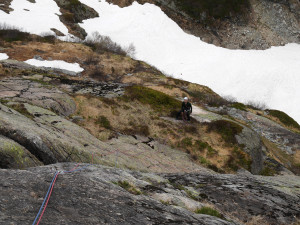 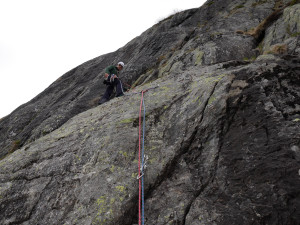 The last day the weather was not so sunny. Most of the company decided to go down and to climb in Dalle de Barberine.

But we (me, Oleg, Sandra, and Michel) wanted to use the last chance for the ski-tour. We reached the summit of Bel Oiseau. And we were rewarded with fantastic snow on the top! At the end of the day we joined the rest of the group and still had some time to climb in Dalle de Barberine. 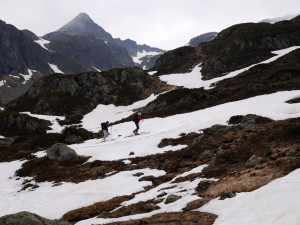 Is it possible to ski here? 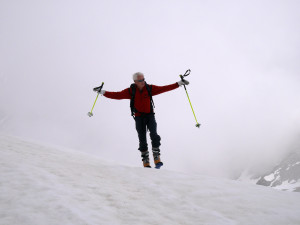 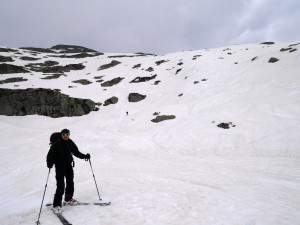 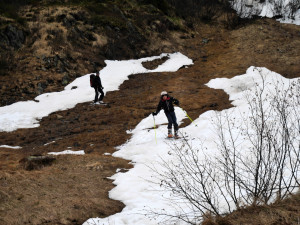 Skiing till the end